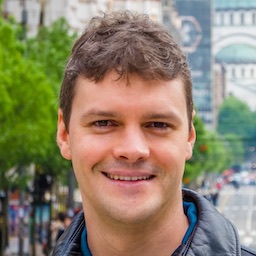 Marco does not know what the next big thing will be. But he’s sure that our next-gen computing and networking infrastructure must be a viable platform for it. Marco’s research spans a number of areas in computer systems, including distributed systems, large-scale/cloud computing and computer networking with emphasis on programmable networks. His current focus is on designing better systems support for AI/ML and providing practical implementations deployable in the real-world. Marco is an Associate Professor of Computer Science at KAUST. Marco obtained his Ph.D. in computer science and engineering from the University of Genoa in 2009 after spending the last year as a visiting student at the University of Cambridge. He was a postdoctoral researcher at EPFL and a senior research scientist at Deutsche Telekom Innovation Labs & TU Berlin. Before joining KAUST, he was an assistant professor at UCLouvain. He also held positions at Intel, Microsoft and Google.

Talks at this conference: